0
A stroll down memory lane

There’s a sense of catharsis that only a story about memory can bring. Being invited into the most-intimate part of a person’s existence, hand-held through moments of joy and sadness known only to our subject. Tigertail is one such story, inspired by filmmaker Alan Yang’s own father and his trek from mid-century Taiwan to gritty New York City, and life aging in a foreign country.

Unfortunately missing the mark for weaving a truly endearing or insightful tale, Tigertail mostly comes across as sedate and, despite the intimacy of the filmmakers with the subject, detached.

In a Taiwan being assimilated by mainland China, Grover (Hing Chi-Lee, with Tzi-Ma playing present-day Grover) lives day-to-day as a factory worker alongside his mother. By day, it’s heavy machinery and drudgery. By night it’s dancing and dining with Yuan (Fang Yo-Hsing), a romance fostered by youth and aimlessness. The ball on Tigertail starts to roll when Grover’s opportunity to leave for America with Zhenzhen (Kunjue Li, played in the present by Fiona Fu), the boss’ daughter, presents itself.

Torn between the dream of a new life and a genuine relationship, Grover embarks with Zhenzhen on a trip towards new horizons.

Tigertail isn’t a long movie by any stretch of the word, but covers a lot of material from the Chinese absorption of Taiwan and its culture to the loss of a parent, hitting beats that we might identify with but are too fleeting to really take root. Our spine story, in which a disaffected and Americanized Grover grapples with the death of his mother and detachment from his daughter Angela (Christine Ko), eventually takes on predominant life, with our flashing back to the early days of living in New York catching up to the present. Still, with only 91 minutes of movie, neither the past nor the present feel fully developed; they don’t particularly compliment each other, which is the most-frustrating part of the missed opportunity of Tigertail.

Whereas the performances by Hing Chi-Lee and Tzi-Ma are good in representing the Grover of then-and-now, the transformation from wide-eyed youth to cold-and-tired middle-aged man just didn’t quite connect. The years of tireless labor are clearly the root of modern-Grover’s woes, as is the rushed marriage with a woman he doesn’t truly love. It’s Zhenzhen’s story I found most-affecting, actually. Her days spent at home in New York, toiling over boredom and trying to connect with other Taiwanese expats while Grover becomes increasingly absorbed by his work. Her loneliness is something Tigertail explores perhaps halfway into its run, but at that point it feels to be too late.

Technically the film plays things safe, with the present shot in a hyper-digital style and the past represented by film grain filters and high saturation. It’s mostly simple stuff, but Tigertail at least looks good throughout its run. I’m always fascinated to see the depiction of the past in other countries; as a window into the Taiwan of the mid-20th century, Tigertail at least held my attention.

But despite solid performances and occasional visual flair, Tigertail doesn’t hit where it needs to: the heart. It’s an especially disappointing thing, considering Yang’s attachment to the material. The film simply doesn’t communicate Grover’s growth from vibrant youth to cold and world-weary well enough. One might consider the editing of the film, with time in Taiwan and the early move to New York framed as the past and the elderly Grover and Angela connecting in the present, to be a factor. Would a linear approach have given the film more of a sense of time and gradual progression? Perhaps.

It’s a shame Tigertail didn’t hit me the way I had hoped it would. By covering decades of a man’s life in such a short time, we get both too much and not nearly enough, our glimpses of Grover’s youthful romance and immigrant-disillusionment left to be only that: glimpses. Here’s a movie that could have done with either a more-narrow focus or a doubled-runtime. As it is, Tigertail neither fails nor succeeds at bringing excellence to any of its many subjects. Though the hope and potential is there, Grover’s is a story still shrouded in relative obscurity. 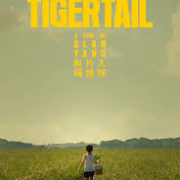 Here's a movie that could have done with either a more-narrow focus or a doubled-runtime. As it is, Tigertail neither fails nor succeeds at bringing excellence to any of its many subjects.