The debut trailer for The Batman looks great, plain and simple. The haggard look and feel, for my money, immediately strikes a balance between Tim Burton’s 1989 film and it’s highly-constructed Gotham and the ultra-realism of Christopher Nolan’s Dark Knight movies.

During the FanDome panel, Reeves clarified that approximately 25% of the film was shot, with filming under the pandemic a great strain on production, no doubt. Even the teaser trailer ends with the ‘Currently in production’ disclaimer; something of an odd sight, yet perhaps one we’ll see more of in the future of studios marketing their tenuous productions.

The Batman is said to focus on the “early days” of Bruce’s night job, and doesn’t quite retread an origins story, with many iconic characters clawing their way through the fog of Gotham’s streets. Zoë Kravitz will prowl the rooftops as cat burglar extraordinaire Selina Kyle, while Jeffrey Wright already looks terrific as Jim Gordon. John Turturro, Peter Sarsgaard, Andy Serkis, and Jayme Lawson all play a part, with Colin Farrell and Paul Dano taking up two major roles as Oswald Cobblepot and Edward Nashton. Or as their friends call them, The Penguin and The Riddler.

It’s easy to laud praise on the next new thing, but Matt Reeves has proven himself time and time again as one of Hollywood’s finest, most-consistent genre filmmakers, and The Batman looks to be another notch on his utility belt. With the trailer coyly teasing a 2021 (or, “?0?1”) release, it’s possible that Warner Bros. is unsure of the previously-announced October 1st release date (though the official YouTube upload above does mention the October date). Given the rocky nature of film production under the pandemic, it’s safe to keep expectations in check.

Still, look forward to hearing more on The Batman in the coming months, and take a look at a pair of teaser posters below, the more dramatic of the two penciled by the legendary Jim Lee. 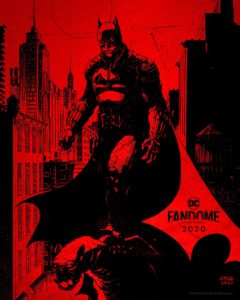 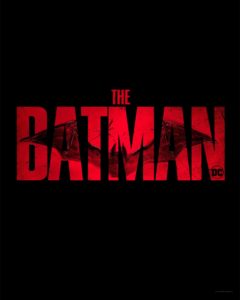 First Look at Gillian Anderson as Margaret Thatcher in the Crown