0
Aaron Sorkin's latest hits the streets of the Windy City

Following up 2017’s Molly’s Game, veteran writer and sophomore director Aaron Sorkin is back with a new trailer for The Trial of the Chicago 7, which is set to hit Netflix this October.

Based on the true story of the titular Chicago Seven, the new trailer gives us a glimpse at the recreation Sorkin and co. have pulled off, taking us back to the turbulent late-60’s when protests against the Vietnam War were reaching volatile levels of tension. The Chicago Seven, portrayed in the film by the likes of Sasha Baron Cohen, Yahya Abdul-Mateen II, and Eddie Redmayne, were a cadre of protesters arrested following a particularly dicey, politically-inopportune rally interfering with the 1968 DNC being held in the city.

Sorkin’s film certainly looks the part, with Chicago 7’s new trailer giving us a totally-recreated Summer of Love era; though truth be told, Baron Cohen could show up with any degree of wild hair and he’d look right at home.

Sorkin is known for his theatrical, wip-smart and acerbic dialogue, so a film centered around court proceedings and all the heated litigation they entail seems like a perfect showcase for the wordy West Wing vet. Certainly the premise of mass protest and civil disobedience is one we can all relate to in some way these days, making The Trial of the Chicago 7 timely, if nothing else. 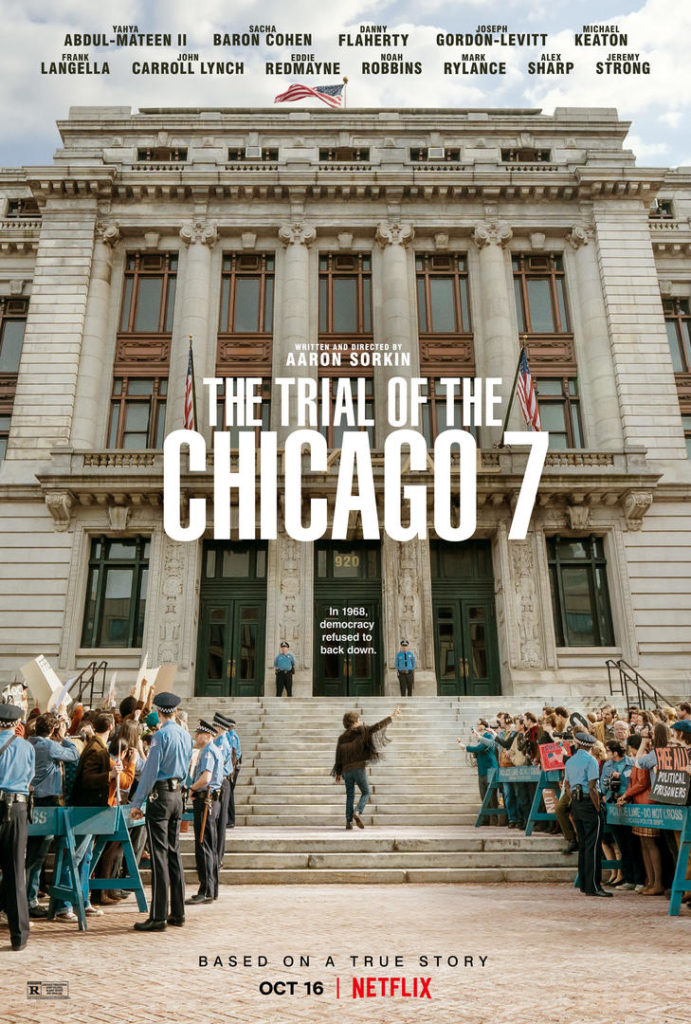 With not long to wait now, the new trailer comes just a little over a month before The Trial of the Chicago 7 hits Netflix October 16th.