[Editor’s Note: Before we say anything, this recap will obviously go into detail about last night’s episode of The Walking Dead, so there are going to be a ton of SPOILERS. Beginning now.]

How often do we get to have a moment like this in the The Walking Dead, let alone in images for The Walking Dead? Basically never, so it was fitting to use our header image here. Seriously, spoilers, beginning now.

The Season 8 mid-season premiere served two purposes: it speaks to choices and the impact they can have on your chances for some kind of future in this zombie eat zombie world, andworks as an incredible sendoff for Carl Grimes (Chandler Riggs). So often on this show, deaths are unexpected, or immediate, or both, and there’s no chance for characters to have the emotional moments with each other that they do in so much of television. In many ways, this makes The Walking Dead stronger than its competition as it forgoes the cliche in favor of unexpected twists that probably still have you guessing.

We’re in the eighth season, and they just killed one of two characters that’s been in every episode of the show. There are only four principals left from the first season! And two others from seasons two and three. And they just killed one of their stars. Fittingly, they took the time to do it right, with a mid-season reveal that Carl was doomed to die, and an episode that said goodbye, but also spent a lot of time speaking to Carl’s philosophies from the apocalyptic world and how they play out across several main characters decision-making processes. 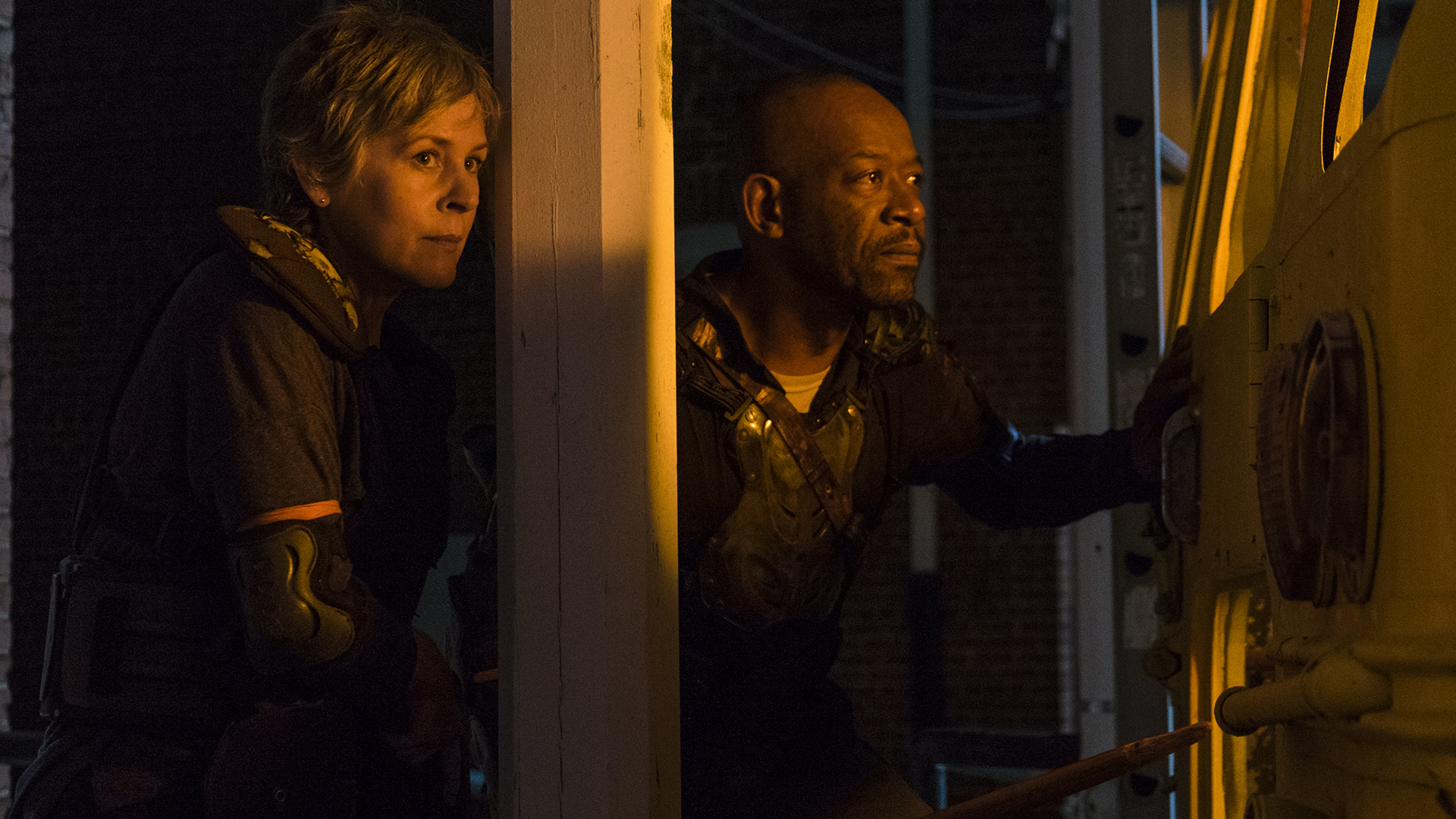 It’s a closeup of Rick looking sad again. Now we know why, but has that been the case since the season began? It’s hard to say, as Rick usually has plenty of reasons to look incredibly sad.

So, instead, let’s fast forward to better times, to another cutaway to dreamy Old Man Rick in paradise Alexandria. If you’re getting tired of this, we’re right there with you, but rejoice! The end is nigh.

This is The Walking Dead, however, and we’d best cut back to Rick and Michonne, both sad, both digging, likely a grave for Carl. Just in case you didn’t remember, or missed it, Carl’s been bit by a walker and is going to die. Now the showrunners reveal what Carl did with his last day on earth. It’s probably the happiest montage to ever hit this show, even if it is bittersweet. 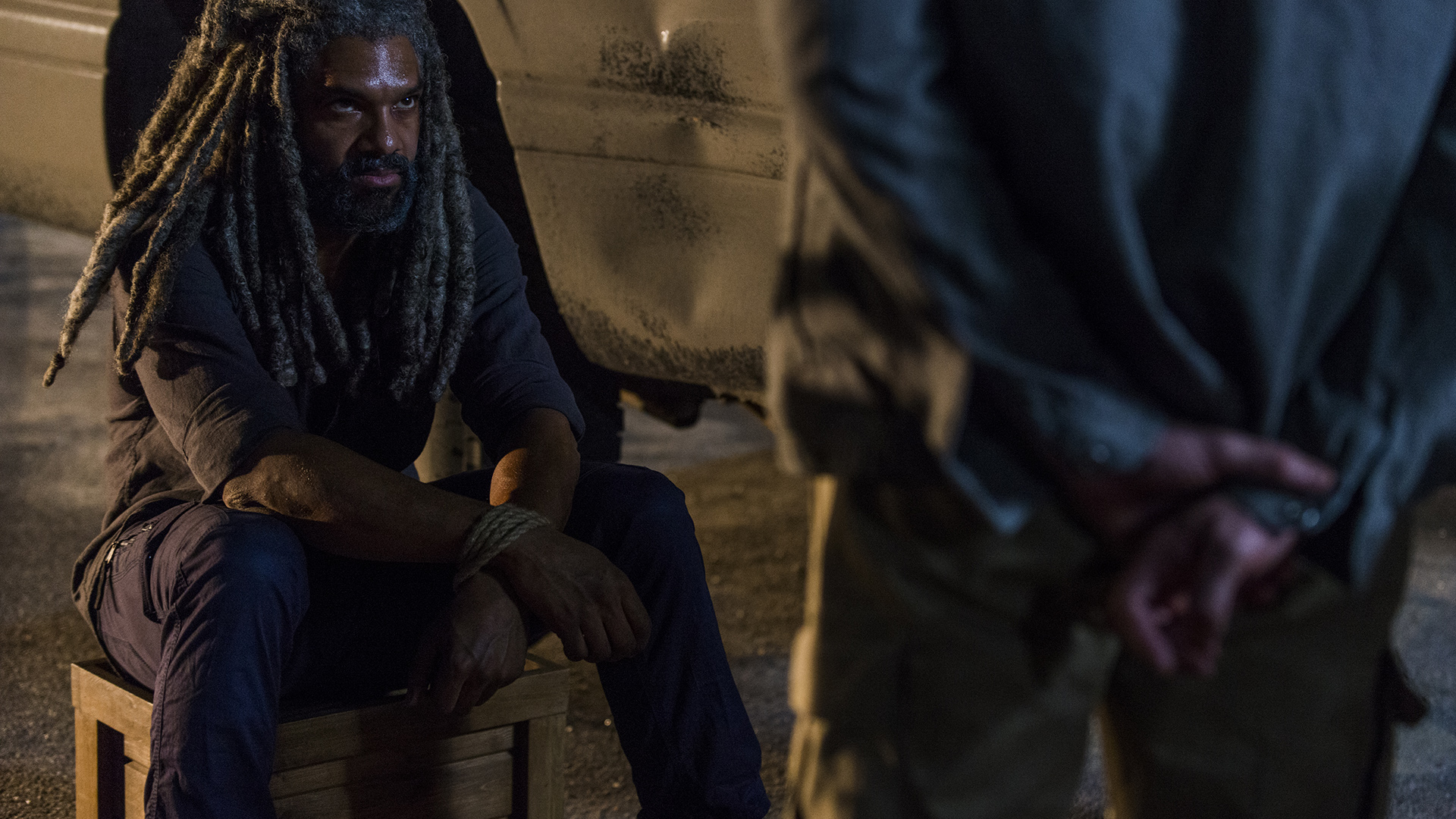 Next, let’s reveal how the Saviors escaped from the Sanctuary through the walker heard (and how Morgan gets away, too).

From here on out, we’re cutting back and forth between Carl sharing his final moments with Rick and Michonne, Ezekiel with Negan-henchman Gavin, and Carol & Morgan in trying to free Ezekiel. All three plot lines revolve around the idea Carl is trying to not just share, but impose upon Rick, and that is what comes next? This world needs hope. It can’t just be killing. We know about Carl’s struggles to make Rick see this, and now we see Ezekiel try to teach it to one of Negan’s lieutenants, and witness Morgan struggle through his own personal demons grappling with these same notions.

Back in the Alexandria sewers now, for a Ninja Turtles scene. The evil Foot Clan is blowing shit up above ground. There’s real tension here, in Carl’s death scene. How much of this is filmmaking versus how much of this is because it’s Carl, Chandler Riggs, who’s grown up on this show, and been there since the beginning? It’s hard to say, but the lack of music, the lighting, and the setting do help. Yet, I still suspect much of it is because of who it is and because none of us saw it coming before the mid-season finale.

Morgan is still fascinating; his entire character arc, if plotted on a graph, continues to be a wildly erratic wave, rising and falling dramatically, over and over. He goes from antisocial lunatic who wants to kill everyone, to zen master Buddhist monk, to slightly less-antisocial lunatic who wants to kill everyone. It’s almost a question of which Morgan you’ll get on any given Sunday. 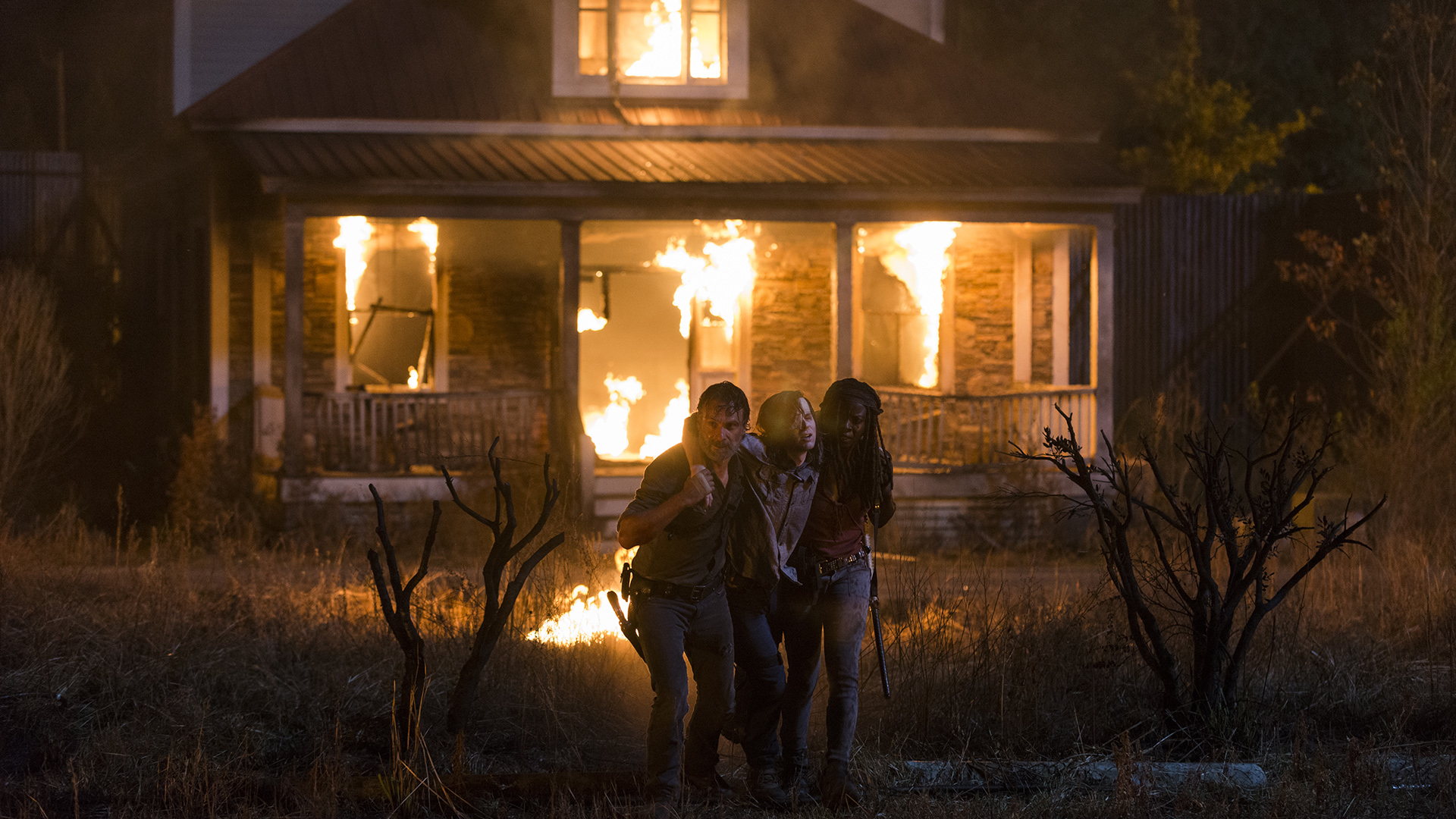 What’s strange about Carl’s death scene? Outside of Rick and Michonne, no one else even goes near Carl. He is the walking dead, or he’s already dead to them? It’s incredibly emotional on the one side, but incredibly devoid of emotion on the other side — and it speaks to the reality these characters face, and it’s a rather bleak one (eventually a few people do nod in his general direction).

And now, a few highlights …

We see Rick crying again, before jumping ahead to heavenly Alexandria’s future with Eugene as one of the good guys again?!?!

Back in the sewer: Rick is going to stay with Carl while everyone else heads to the Hilltop. Daryl’s taking Judith so Michonne can stay too. Carl tells Judith she has honor. He gives her Rick’s old sheriff hat–will this show last long enough for us to see Judith grow up and wear the hat as well? Hard to say, but I’m predicting no.

Morgan and Carol try to free Ezekiel and Morgan … well, let’s just say I haven’t seen someone Kali-ma someone’s insides outside their body like that since Temple of Doom. Goddamn.

“You’re my best friend, Michonne,” Carl tells her. If you’re still watching, and that didn’t pull a tear, you probably have no heart. But at least you’re safe from Morgan. I mean, goddamn! He ripped out a dude’s heart-intestine-lung through a bullet wound.

Carl reveals that the old man Rick moments have been his daydreams of how the world can be. It’s all been Carl’s fever dream. Nothing is guaranteed, including a Eugene redemption. Nice try TWD showrunners! But then they totally F with us and show Negan in happy land Alexandria! (After Carl is dead — so what is real? We still don’t really know, do we.)