[Editor’s Note: Before we say anything, this recap will obviously go into detail about last night’s episode of The Walking Dead, so there are going to be a ton of SPOILERS. Beginning now.]

Season 8’s mid-season finale put us on a high note, though perhaps not emotionally, as it ended with the type of sombre sobriety that epitomizes so much of the series. In terms of rapid developments and plot progressions however, it was great, with action jumping about wildly and things happening like you were reading The Cat in the Hat.

Teasers and promos had promised a big moment that everyone would be talking about when the episode concluded, and the show runners didn’t disappoint: it was big, and they made you wait for it as it came in the episode’s final minute. Was it a surprise, given the trajectory of the episode? Perhaps not. The moment Carl was shown writing a letter he addressed to ‘Dad’ you knew there was a fair shot things weren’t going to go in Carl’s favor. Sure enough, when Rick is reunited with what remains of the Alexandrians, crouching in later light in the sewers underneath Alexandria, like some not-so-cool Mutant Ninja rejects, Carl peels back a bandaid to reveal a perfectly formed human bite mark on the side of his abdomen, over the ribs.

When we pick back up in February, Rick will likely chop off all Carl’s limbs trying to save him–it’s why he carries that hatchet, after all–but there’s no cutting off the transformation when the bite is on your torso. Carl’s a goner, effectively. And it’s an emotional moment for those in the audience who’ve been there since the beginning, seven years ago.

Carl is one of a handful of the original group members. Rick, Daryl, and Carol being the others. Of course, Morgan has been in and out of the show since the beginning–even Michonne didn’t really join the group until the beginning of season 3. And Judith doesn’t count–she was Shane’s love juice, a baby bump, and finally a baby. Still doesn’t fight walkers, definitely doesn’t count. So to lose him, even in such a gentle manner, is a shock. Doubly so because as season 8 has run its course, Carl was the voice of reason to Rick’s single-minded determination to beat the Saviors and kill Negan, oh and trust no one who doesn’t live in a trash heap. 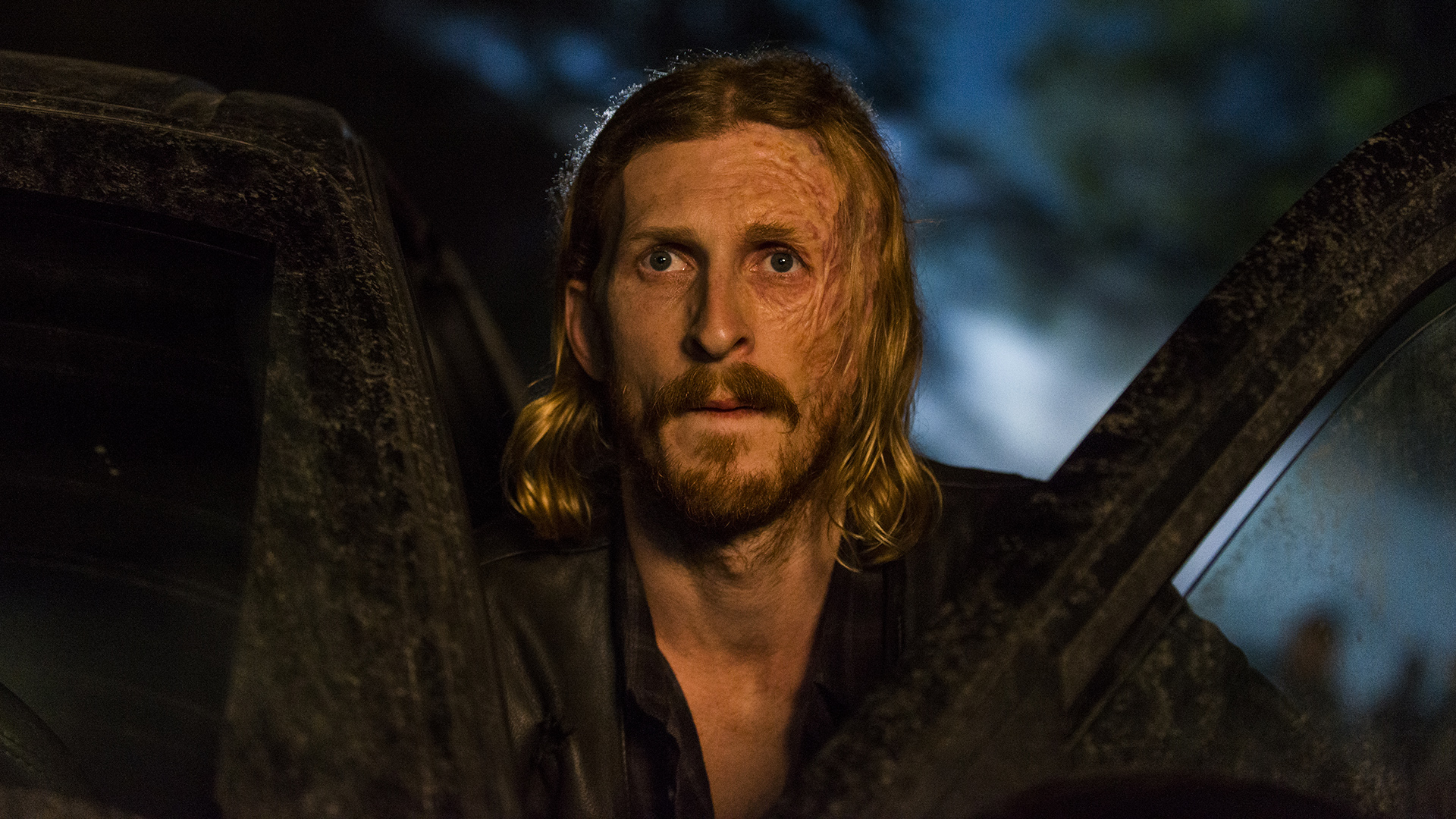 Carl also embodies hope–kids don’t last very long on this show, and outside of Rick’s own progeny, all the youth in our group have continuously been killed off. They’re young, innocent, and blissfully ignorant to the worst of the ways of their fellow man. Carl, who Negan refers to as a badass, has been the iron rod before. But he’s matured, grown up, and come to see that the world needs hope. If you view everyone else as just another savior, what’s the point? And it’s the same feeling with a child dying; if children can’t survive this world, what’s the point? To survive for survival’s sake? Carl would say that’s not enough, and he’s probably right, but The Walking Dead routinely takes this type of willful disregard for the reality of its world, chews it up, and spits it back out, dead. The weak have no place here–and morality and a moral centeredness seem too often to equate to a weakness of sorts. The moment someone shows kindness, or trust, or a willingness to turn the other cheek, some walker’s going to come up and bite that cheek off because you weren’t paying attention with all baker’s dozen of your survival senses.

But he’s not dead, not fully, not yet–let’s see what happens to begin the second half of the season on February 25, 2018. 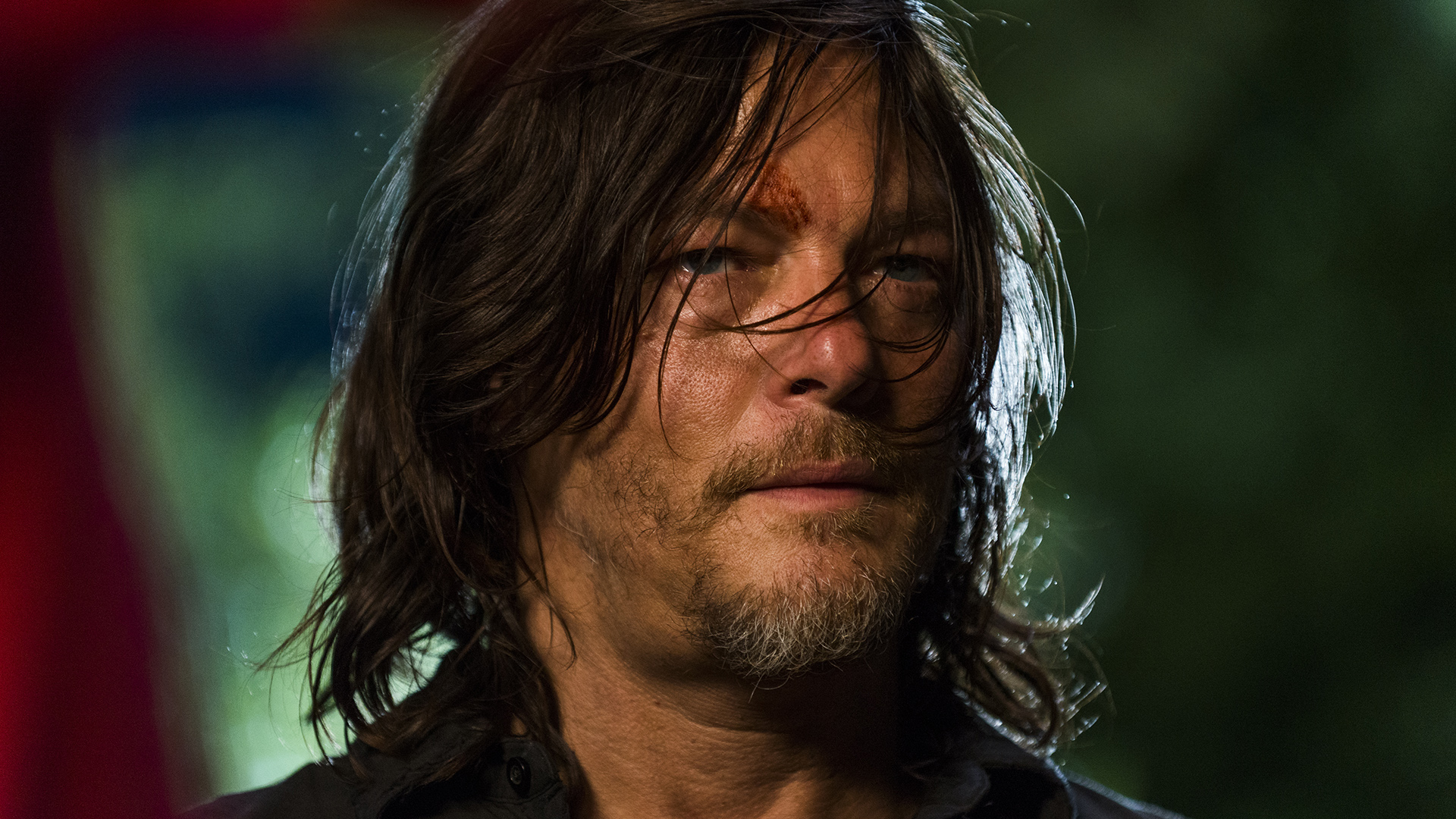 In other news, Rick still can’t help himself for running into traps and inescapable situations. Why, it feels like it was just last episode he got out of one. Oh wait, it was! Well, sometimes you just can’t teach an old man Rick new tricks. It was to see Rick and Negan fight, but I thought Negan went there to cook more Spaghetti (he really enjoys Rick’s pasta stash); wouldn’t there have been lights on in the house, or food cooking on the stove–the delectable aroma of marinara to warn Rick that Negan was in the house again? Really loved when Negan screamed at Rick “Don’t you touch her!” [Lucille.] Talk about insight. This dude is not just a megalomaniac, he’s got some deep-seated issues, for real.

Aaron and Enid drive to visit the Oceanside women’s rec center and decide they’d better not come without a gift, as it’d be impolite, on top of just plain old unwelcome. Instead of a bottle of wine, they bring an entire truck of whiskey. What was more problematic than the fact that no one else had raided a clearly marked distillery, was how they handled their approach, by falling asleep in their car, parked next to the truck, windows down, and finally by Enid killing the leader of Oceanside. Someone (maybe Carl? Oh shit.) needs to teach our gang how to make friends. You know, those people who’ve got your back and don’t constantly try to murder you? Yeah, friends.

Eugene helps Gabrielle and the Hilltop doctor escape, because he really can’t make up his mind–something about his mullet’s roots interfering with the decision-making part of his brain.

Daryl doesn’t kill Dwight, he only takes his MC vest back from his, because although he doesn’t have a mullet, it’s getting sort of close, so he can’t make up his mind either.

And Michonne finally kills someone with her sword–I’ve been dying for this for far too long–ever since she was handled to easily by trash people last year. 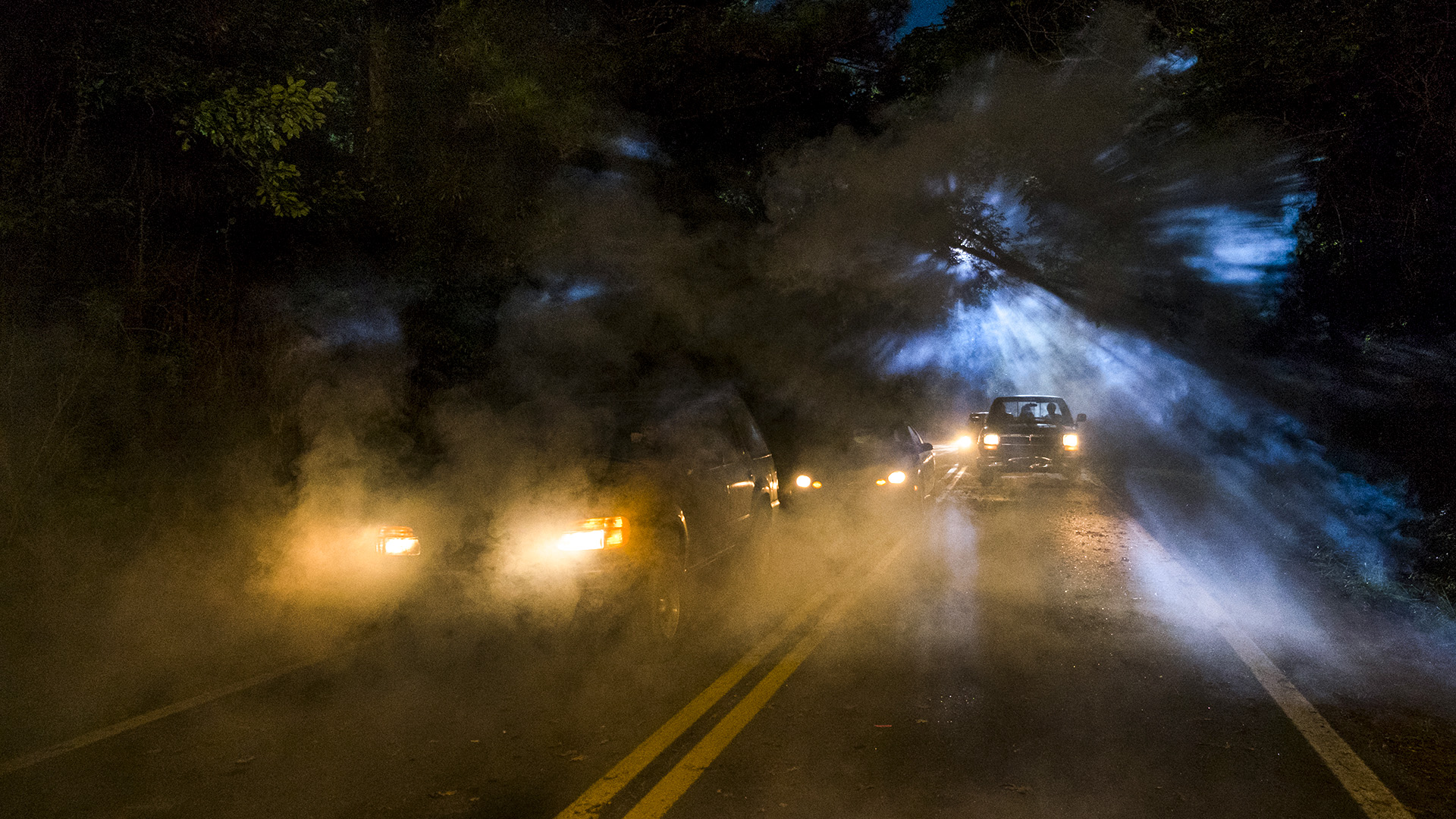 It was also great to see the Saviors forced to react to Rick’s actions. Seeing Negan’s lieutenants out there, and in some cases struggling to do what they need to do in reciprocity–not necessarily wanting to brain people with baseball bats in front of groups of children, was emotionally resonant stuff and showed much more depth to characters than we always get in TWD. Even Negan himself demonstrated doubt when confronted by Carl’s moral superiority and logical righteousness. It was stunning, and it strengthened the episode. Sure, Negan slipped right back into his usual behavior, including throwing every psychologically manipulative taunt he could think of at Rick, but, for once, we saw genuine emotional response that didn’t seem to be dictated by manipulation–even more so than in his previous dealings with Carl, or his interactions with Gabriel this season. Negan has doubts. They’re buried deep, but they exist.

With Maggie suffering a loss, and killing a Savior-prisoner in retaliation, with the Kingdom having fallen, with Alexandria in ruins, with Alexandrians having murdered the leader of Oceanside, and the Trash People once again running away without doing a thing, the war has arrived–it took eight episodes to get there, but there’s promise for much more coming soon. Not to mention that Rick’s probably not going to take this ‘Carl’s been bitten’ situation very well.

What did you think of the mid-season finale? Season 8 thus far? Where do you see things going next? Viewership numbers for the show are at a low they haven’t seen since season 2 — check out this stats below!

Leave your thoughts in the comments, and be sure to keep an eye out tomorrow for a giveaway related to another long-running television fantasy drama!