0
Definitely referring to the ratings ...

‘The Damned,’ episode 2 of The Walking Dead season 8 plays in 4 parts across 3 scenes. We continue just where we left off last week with Rick and his merry band of men splitting up post-assault on the The Sanctuary.

There’s Group 1, aka team They’re Gr-r-reat!, lead by Carol and Ezekiel—they’re still trying to track down the Savior who got the drop on them with a grenade at the end of the season premiere.

Group 2, aka team Bible Study , is lead by Jesus, Tara, and Morgan. These guys are basically recreating season 6 episode 12 by attacking the Saviors’ Satellite Outpost (again).

Group 3, aka team The Randy Woodsman consists solely of Daryl and Rick (in their full, sweaty glory), and is arguably also led by them. Why? Because in recent seasons these two have proven time and again that they do well when operating solo—so why not put them back in this position? These gents are hunting a weapons cache at the same location that Group 4 is attacking (oh, I see, it’s a diversion).

[Editor’s Note: This recap will obviously go into detail about Sunday night’s episode of The Walking Dead, so there are going to be a ton of spoilers. Final warning!] 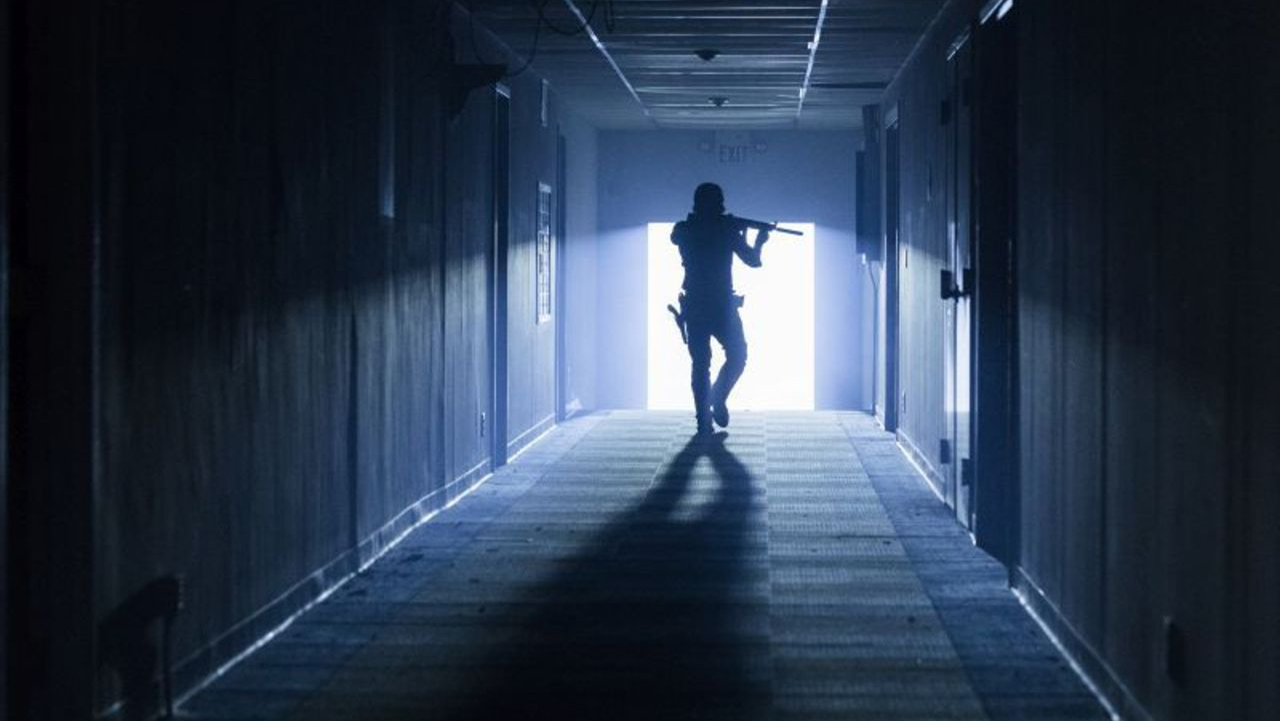 And finally, Group 4, aka team Target Practice, not really bothering with leaders, but features Aaron and boyfriend Eric, and other lesser TWD regulars that don’t merit full name drops.

In an episode that revolves predominantly around weaponized assaults, and search and destroy missions, the action is muted, understated, and does little to progress tension or plotlines. We’ve literally seen these situations before, and the decision-making capabilities, and tactical wherewithal (or lack thereof) of the HAK (Hilltop-Alexandria-The Kingdom) alliance is less than impressive and begs many questions.

They’re Not So Gr-r-reat

If you’re like me, you loved seeing Morgan channel some vintage John Wick / Jack Bowers. He never fails to impress with whatever his chosen weapon is, be it staff, silenced pistol, or just plain crazy. He’s always at the top of his game, and, as he puts it, “I don’t die.” Cool. Only, not so much with the character inconsistencies. He was a hardcore outcast / loner / killer and then pretty much a Buddhist monk, and now a professional assassin. Clearly, the writing hints at inner turmoil, but his trigger events don’t justify the wavering back and forth. 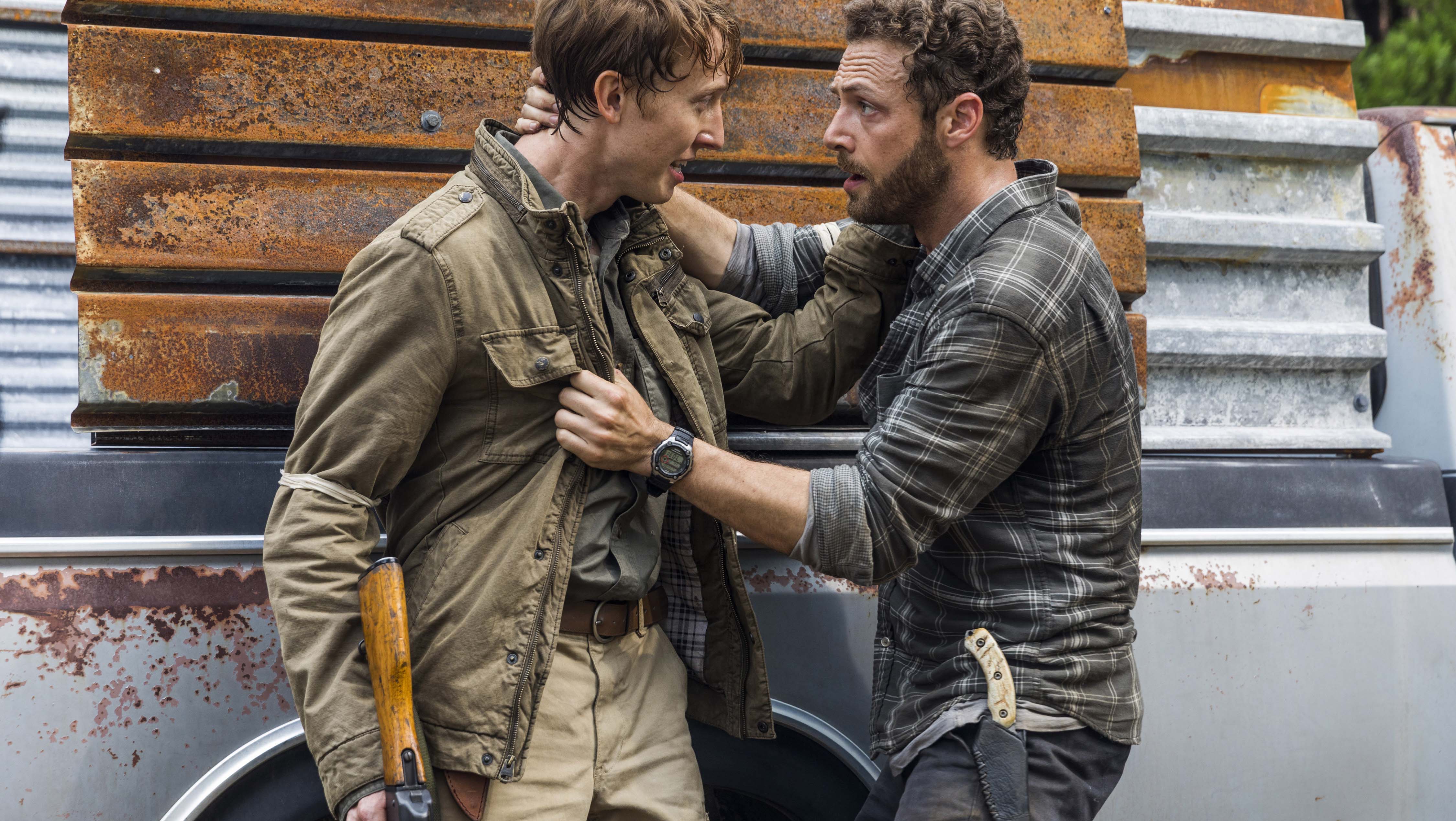 He’s not the only one suffering from a crisis of conscious, as Jesus goes pure (pardon the term …) SAVIOR, insisting that Tara spare a man who surrenders. Turns out Tara was right and the man’s just another ne’er-do-well-Negan-henchman, but Jesus saves him a second time. Then he walks on water.

It’s one thing to return to the recurrent theme of being better than the worst out there, and of our HAK lackeys (Hackies, if you will) being the good guys. But I’m sorry, the line between putting your hands in the air (or pretending not to be a soldier, but a worker) and standing around as a sentry is thin. Jesus has not vocalized complaints about the many sentries that HAK has assassinated over the past 2 episodes. His motivations are frustratingly inconsistent.

Carol and Rick (seemingly) portray similar crises of conscious as they question why or how they do what they’re doing at all. Having seen both characters flip to both ends of the spectrum, it’s hard to vest oneself in these shifting mental conditions. Which emoji will Rick favor today? Fair question, and one you’ll likely never guess. So what you ask. Clearly, showrunners care whether you’re vesting yourself in the emotional development or emotional state of these characters; this episode opens and closes with extreme close-ups on the faces of our main players highlighting their state of being through facial expression. If we’re supposed to care, make sure we should.

Then there’s the writing. In a shootout where one side needs not advance because they realize that as their superior numbers / position / firepower begins to accumulate victims, the dead will rise and finish off their opponents, there should be a clear victor, right? No. So, Team Target Practice is winning. The Saviors realize what Team Target Practice is up to and realize it too late—create zombies, let zombies eat bad guys. But then, quite out of nowhere, The Saviors are winning and killing all of the Group 4 Hackies.

And, if you’re going to avoid creating real tension by ignoring what’s happening to Gabriel (who’s stuck with Negan), then don’t resort to cheap fake death moments where characters appear to die, only to resurrect moments later. How was Morgan not killed when he and two others are gunned down with automatic weapons?

Also—what about the entire eb and flow of this battle? How is it that Rick and friends took this same facility with a fraction of the people last time, but this time can’t get their shit together enough, even when they enter the facility like a group of special forces operators? And the baby! Rick’s brain fart moment, finding a baby instead of a cache of guns … It’s unclear whether he’s distraught that he’s essentially killed a version of himself and left this pseudo-Judith fatherless, or if he’s just really, really down that he didn’t find his guns. But apparently, he did leave the baby to die. Wow.