0
or A Walk in the Woods

It’s the de facto tagline for the 8th season of AMC’s The Walking Dead. It has been promoted as a convergence of wills and violence vis-a-vis the focal points of Rick and Negan.

We’ve seen promo material since last year that touts the season as such, like the this: 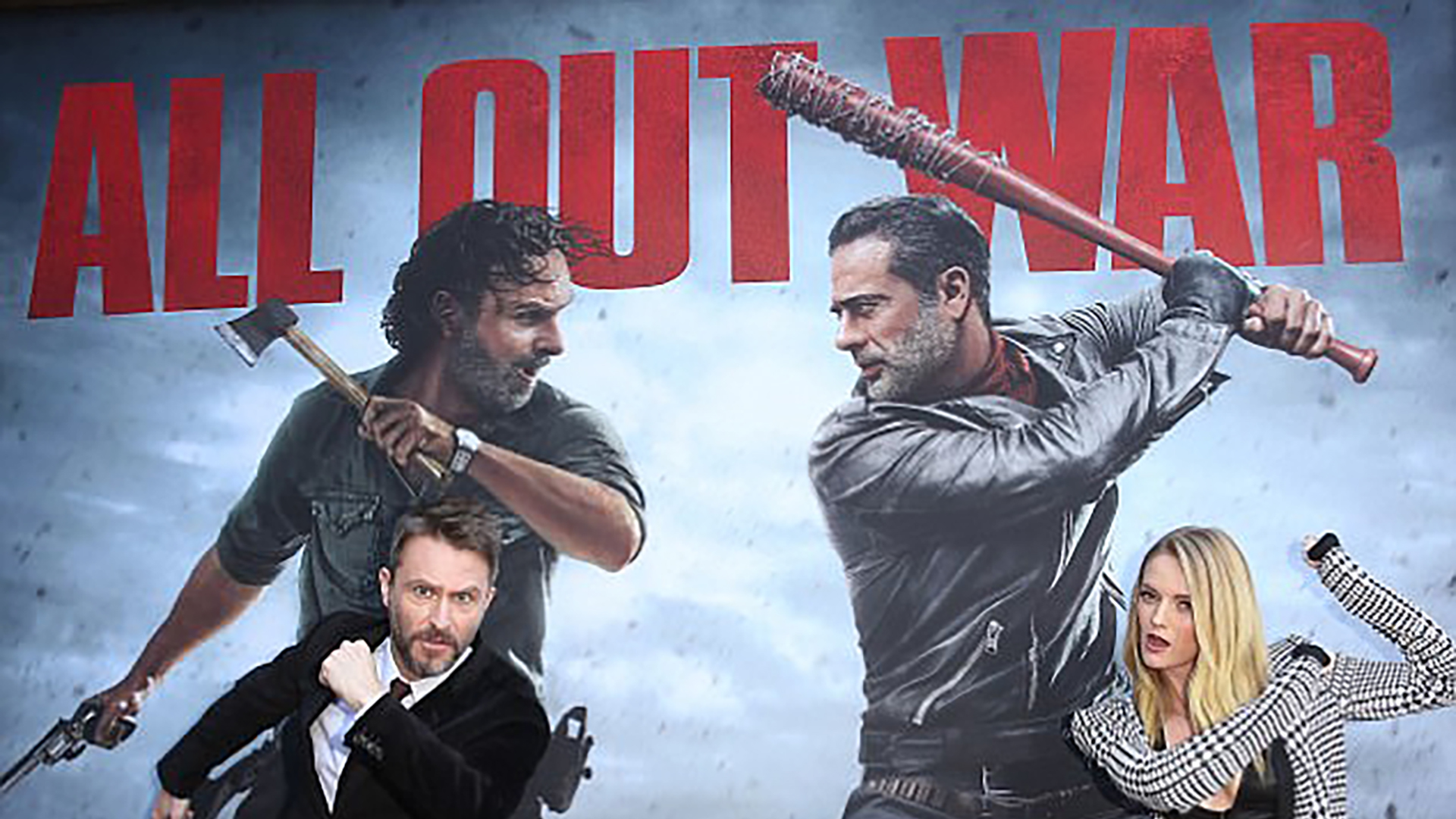 But being as we’re six episodes into the first half of season 8, with only two episodes remaining in 2017, ALL OUT WAR feels a bit misleading, predominantly because we’re still in the first day of action within said war (i.e. everything we’ve seen on screen has happened in a single day, thus far–excluding some flashbacks). And, it’s gripe worthy, love or hate the show, or even find yourself somewhere in between, painful straddling the barbed-wire fence, it’s true.

Then Rosita stopped acting like bad-writing-personified and straight up killed a Savior with an RPG and I’m basically at peace with this show.

[Editor’s Note: This recap will obviously go into detail about last night’s episode of The Walking Dead, so there are going to be a ton of spoilers. Final warning!]

A few things of note took place in ‘The King, the Widow, and Rick.’ 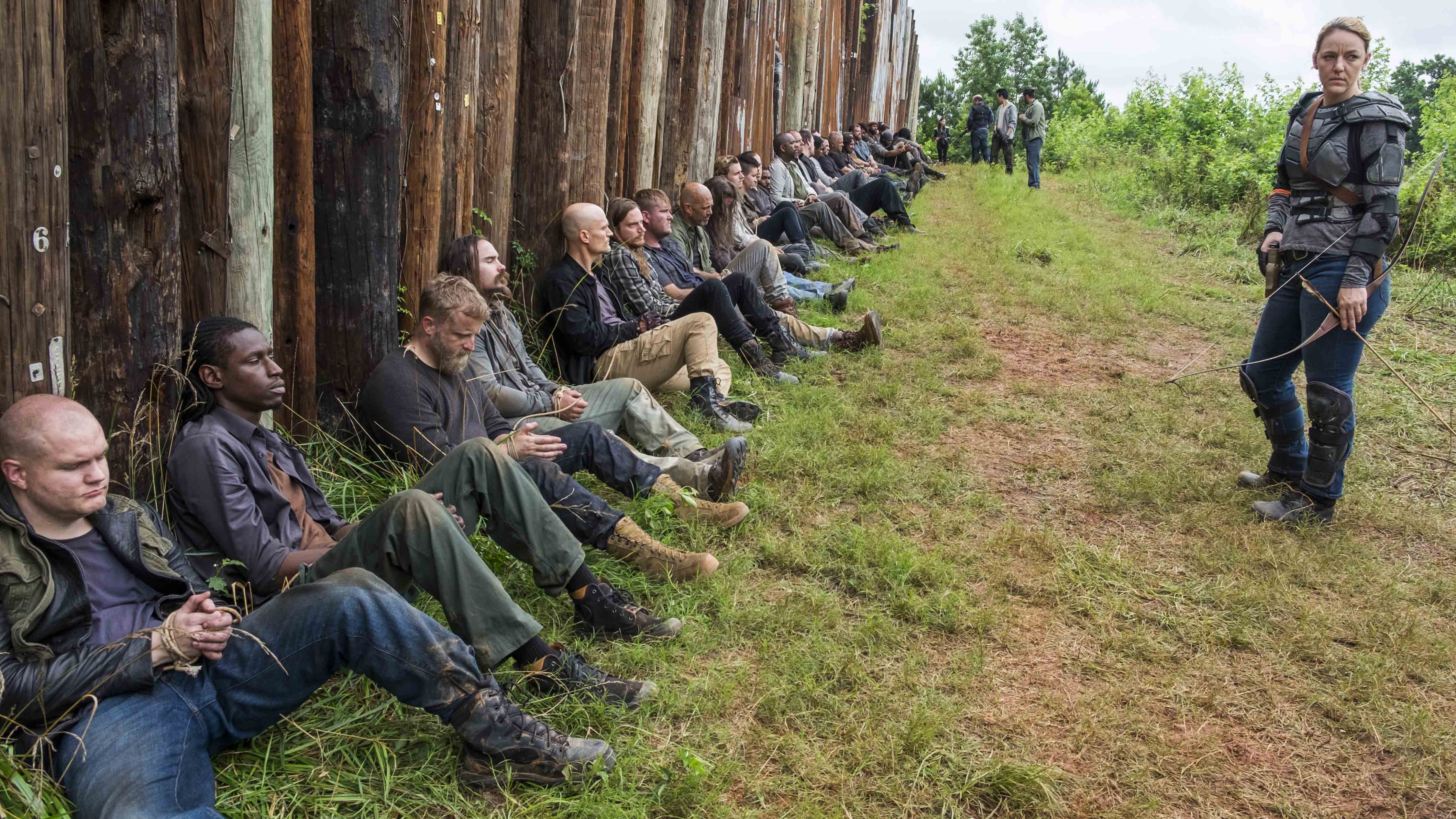 Most of these developments were good ones. Reaffirming the existence of a Michone is necessary–you can’t leave her out of an entire half season of the show with no explanation. She’s too popular, too awesome, and too necessary–often servicing not only as an exciting action piece, but a counterbalance to Rick’s crazier bouts of fancy.

Demonstrating that Maggie isn’t going to flat-out execute prisoners isn’t because she follows the path of Jesus, but rather because she’s thinking strategically, is excellent. There was some nice misdirection with this, leaving the fate of the Savior-prisoners unknown until a tidy revelation. And that tidy revelation was followed up by another even tidier one: mainly, that Maggie is not an idiot, and won’t let Gregory wander around the Hilltop free. He’s done wrong. He will be punished–finally. As he was free to sit inside his, now her office, and spout conscious-like wisdom, playing the role of some vile Jiminy Cricket, I couldn’t believe that Maggie, or anyone would be listening to him, let alone not potentially just shooting him in the face. The final, and neatest revelation of all, was when Maggie tells Jesus that she’s not keeping the prisoners alive for any moral reason (in point of fact, she thinks they can’t be left alive), but rather as potential bargaining chips, if something should go wrong.

The bit with Gregory initially roaming free was one of several where TWD writers seemed to construct moments of incredulity where viewers might question the logic or rational of the characters, only to satiate them with valid reasoning moments later. When Michone and Rosita pull off the worst ambush in TWD history, hair was already being pulled from my head. But, it’s explained away by the fact they’re both recovering from major injuries, off their game, and prone to poor execution despite good intentions and ample skills. Inconsistency is OK, if proper explanation is provided. Oh, and then again, Rosita does go and make everything better by RPG-ing one dude to oblivion. Literally, everything was better, and all complaints vanished (at least for a moment). 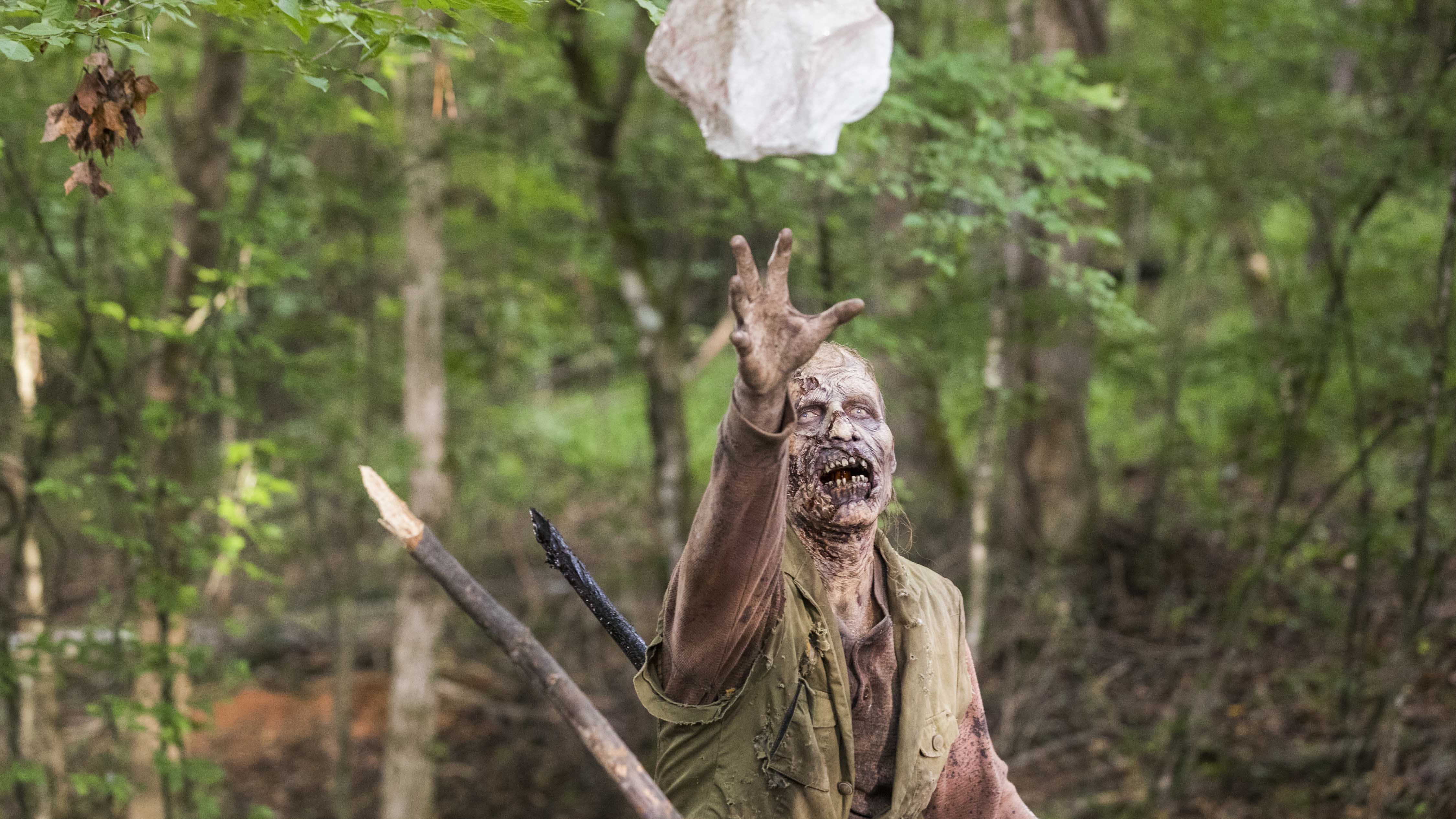 Which brings us to Carl and his mission to find the individual that Rick scared off. Oh, he has a name, Saddiq. Hi Saddiq! Welcome to the club. You may want to think what you’re getting into. Carl’s ‘rebelliousness’ is actually the perfect personification of what we find happening in the show right now, in fact, of what always happens: the group exists, something bad happens to it, characters overreact. It’s happened time and again, with Rick embodying the overreaction, perhaps, more than others. He’s so back and forth sometimes that one loses track of just how many times Rick has gotten really serious or which direction his moral compass currently points. Obviously, right now, we thought he was serious AF and ready to kill just about everyone and anything to get the job done, but not so much. Daryl is at that point–clearly. Rosita may be at that point. Morgan is at that point.

But as some characters venture into the territory that would define them as evil, or outside the line of moral authority, others venture onto a more forgiving path–i.e. Carl. He’s been the video game killer before, but now, he’s seeing the need to have a more optimistic world view. And thematically, it’s important for him to, as his adjustment helps ground Rick (as we’ve seen when he doesn’t execute people he tells he’ll let live, or doesn’t kill former friends, or doesn’t kill babies of his enemies). 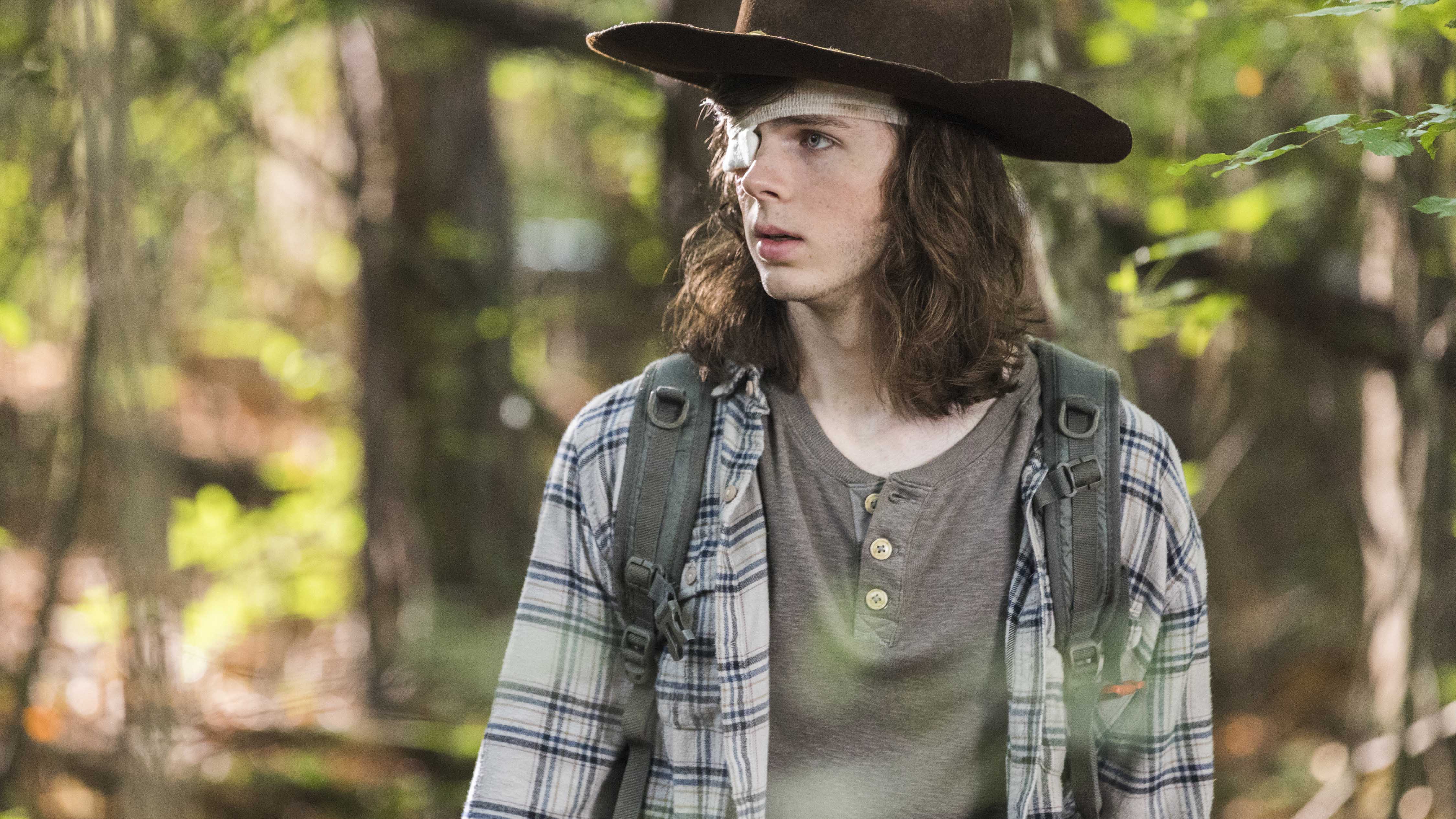 In other words, if not for the marketing materials that explicitly tell me that ALL OUT WAR means Rick vs. Negan, I might interpret the slogan to mean more of an internal battle of right versus wrong, of morality versus a complete lack of it. Or even a more meta interpretation of the stresses that fracture humanity and civilization when faced with the concept of all out war, less an onscreen onslaught of combat between zombie-ravaged factions. Sadly, I think the later is what the audience expects to be delivered and is not receiving.

And isn’t it funny that the literal moral compass of the show is a man named Jesus? Wouldn’t it have been funnier if Negan were named Jesus and did all this wrong? In a backwards world, that seems more fitting.