Perhaps the biggest news of the evening was that Rick Grimes was not naked inside that shipping container.

I probably should have started with the spoiler warning. Sorry.

[Editor’s Note: This recap will obviously go into detail about last night’s episode of The Walking Dead, so there are going to be a ton of spoilers. Final warning!]

This is a recap, so let’s begin with what happened, which, truthfully, felt like not a hell of a lot.

I know, I was disappointed that Rick still had his undies, too. The entirety of the internet thought the Scavengers had left him naked inside that shipping container-turned-sauna. But Jadis more than made up for this snafu when she required that Rick pose for her (without the underwear) as part of their new bargain. 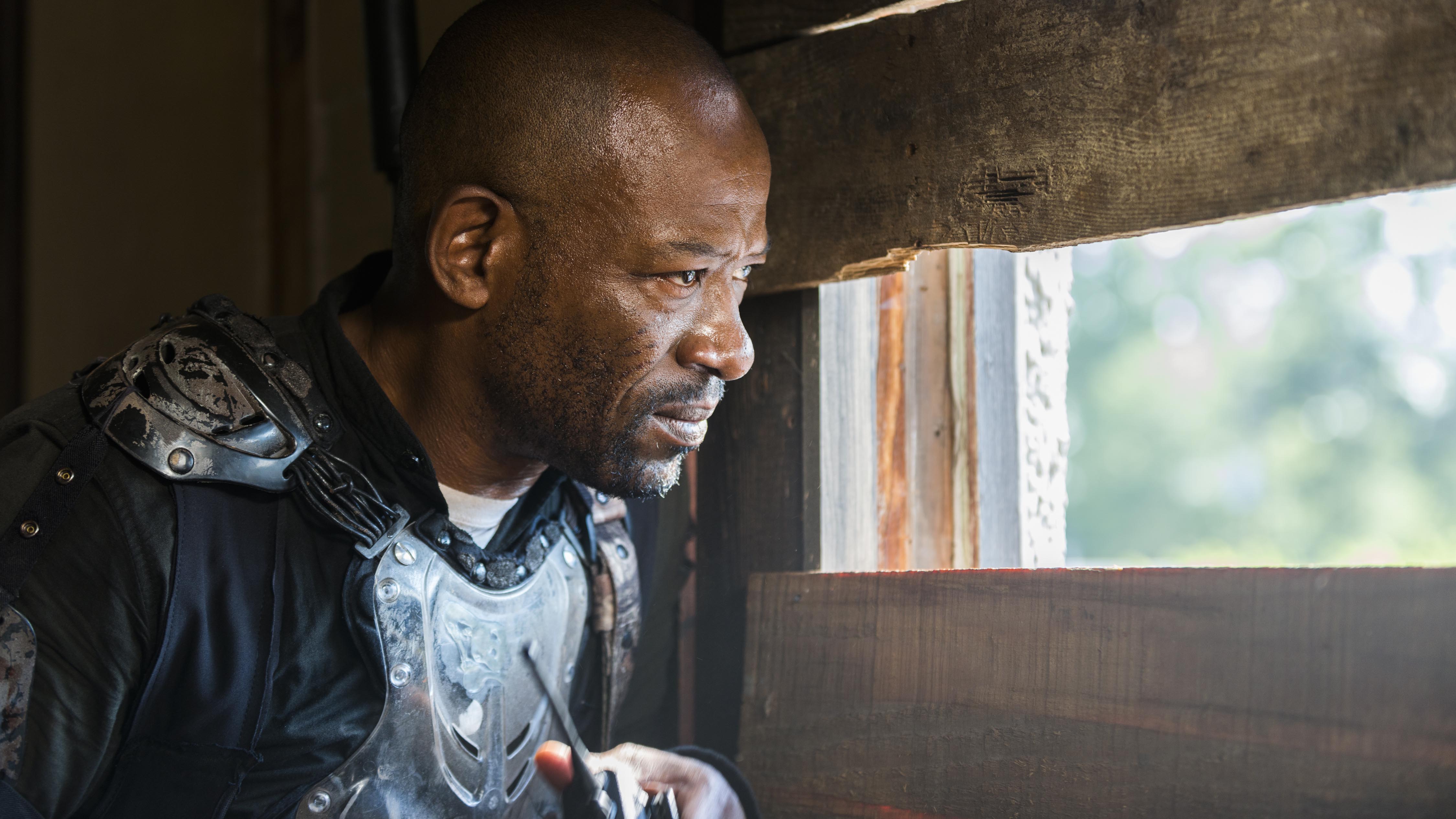 It felt most problematic, again, only speaking in terms of logical progression, that Jadis decides to make a new deal with Rick, after denying him several times already, and her earlier betrayal. What has changed? Sure, Rick managed to beat up a few of her Garbagemen (that’s what her henchmen are called, no?) and get the better of another one of their trash heap walker pets, but he’s already done that before. In fact, if this were to follow pattern, she’d change her mind, agree to Rick’s deal, and then, ultimately, betray him again. Has Rick demonstrated he’s more likely to win this time around? Not to them, no, Polaroids or not.

The Eugene developments didn’t really transcend anything more than his facial expressions expanding beyond neutrality and cowardice to include a kind of hideous anger. Yes, he tells off Gabriel in  no uncertain terms, but he doesn’t then smother him with a pillow. And yes, he seems to commit more than ever to his current predicament and to Negan by formulating multiple plans to save the Saviors (and concurrently not aid Rick and gang). However, when he has the opportunity to out Dwight to Negan, he gets cold feet again.

This is pure Eugene doing Eugene to stay alive. Some of you might argue that Dwight presents him with a clear choice: do nothing, and the Saviors lose, Rick wins. And Eugene (twice) chooses to do something. For whatever reason, he believes his current situation to be the favorable one. Maybe because his former friends know just how deep his cowardice goes, or possibly because he feels so valued now. Obviously, this is Negan manipulation at its best, but Eugene, as smart as he claims to be, doesn’t see this. 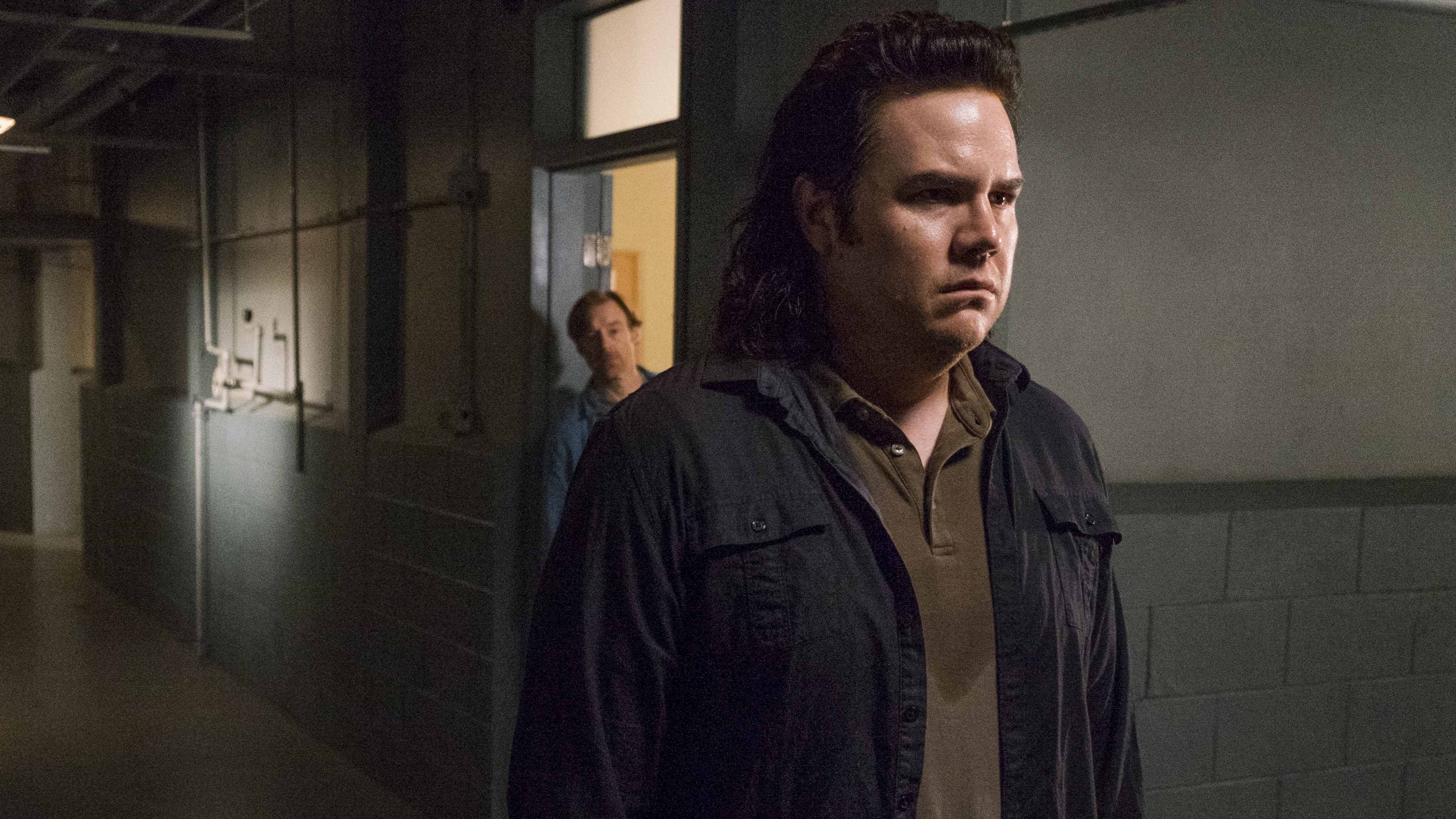 Ultimately, Eugene does prove his worth and, presumably, increase his standing with Negan, by helping the Saviors to extricate themselves from their dire predicament (as Rick discovers at the episodes conclusion). Thus, our 90-minute, mid-season finale is now set up, with both sides out in the open and able to fight once more. Team Rick, as determined as ever, and now seemingly bolstered by the Scavengers’ ranks, and the Saviors, now presumably incredibly pissed off as they’ve lost lots of people and their home.

AMC pulled major view-bait with the promise of a must-see moment that everyone will be talking about after the episode, but we’ll have to wait and see. Unless we get the long-promised, as yet delivered ALL OUT WAR, I’m not sure this first half-season can be saved (no matter how many Saviors they throw at it).

‘Time for After’ did have one thing going for it though, almost through and through, and that was its cinematography. There were a number of shots relying on high-contrast situations between light and shadow that seemed to utilize natural light (or great approximation of such). For a slow-paced, non-revaltory story, great execution on production is essential to keep keen (or slightly disenchanted) viewers interested. Kudos for that.

But did anyone else notice the flaws with the shot on the roof that featured both Dwight and Eugene? That looked incredibly fake–and I suspect it had something to do with the fact that they wanted both actors in focus, simultaneously, at different depths of field, while keeping the background out of focus. Forgive me if I’m wrong, but it looked like some bad green screening  / chromakeying gone wrong there. It’s such a small thing to leave to be picked over that it’s not worth not getting right.