0
Rhymin' all the timin'

The first trailer for The Forty-Year-Old Version sees Radha Blank’s debut feature vibrant with life, almost more so in its stark black-and-white photography.

Radha (played by Blank) was heralded as a playwright to watch… a decade ago. Hitting 40 years of age, she’s found her writing career to have fizzled, rubbing shoulders amidst the artsy circles of New York critics and wannabes all curious as to why she “didn’t make it.” Teaching sarcastic students and generally frustrated with her career, it becomes well time to shake things up.

Turning her stage directions into samples and her dialogue into verses, Radha begins to write and perform as a rapper, defying any expectations leveled against her.

The Forty-Year-Old Version looks like an auteur vision in the truest sense, with Blank writing, directing, and starring in the film, slated to released on Netflix October 9th this Fall. Version already accrued a reputation earlier this year at the 2020 Sundance Film Festival, where Blank took the prize for Directing. Our own Nathan McVay was a fan of Version when it caught it there earlier this year, calling it “the most unique, personal movie of the entire festival.”

Though the “down-on-their-luck-artist-in-NYC” genre is one I think we can all agree to having been tired of at one time or another, Version clearly has its own drum to march to. In a time where voices of all kinds need to be heard, Blank’s is one that commands attention. And if the trailer is anything to go by, The Forty-Year-Old Version is going to have a lot to add when it screens later this year. 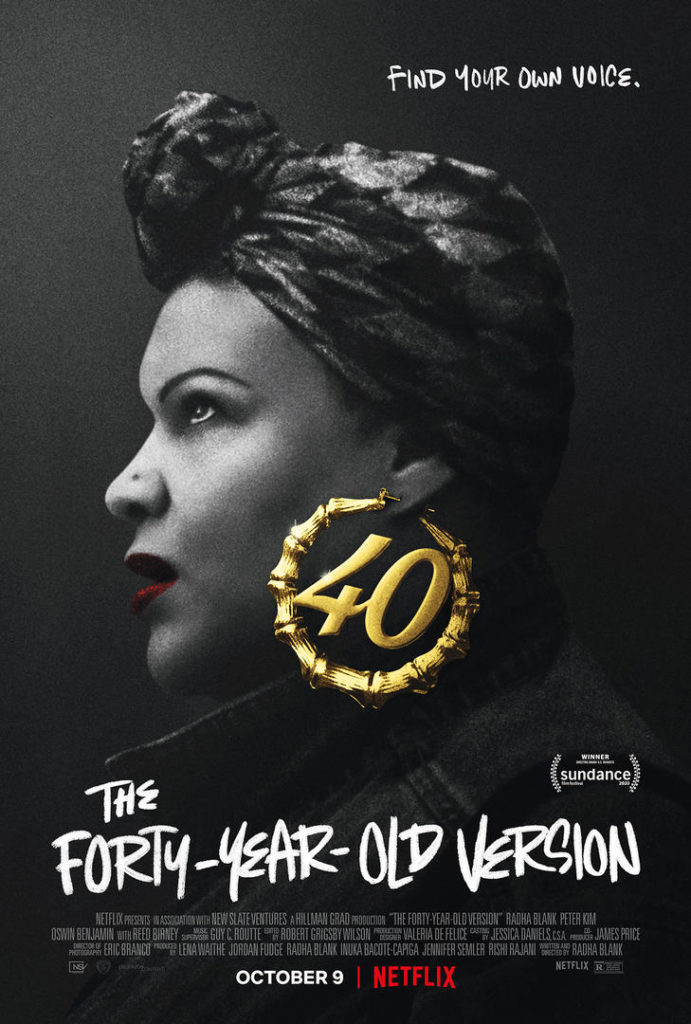