0
It seems we find ourselves... at an impasse

Master filmmaker Zhang Yimou is positively unrelenting, with the first trailer for spy thriller Impasse released to tease its 2020 release to Chinese cinemas. This following the director’s crime drama Under the Light, which is also expected to release this year.

Though little is known about Impasse, the new trailer gives us a glimpse at Zhang’s typically-stark compositions and period detail, with the plot rumored to focus on spies narrowing in on Japanese wartime experiments. If nothing else Zhang’s films are always a visual treat, with Shadow having recently received a fairly wide stateside release last year.

Yimou is one of China’s most-prolific, internationally-acclaimed filmmakers, with a steady output of some of the country’s most-iconic films. His 2019 film One Second was originally set to premiere at that year’s Berlin Film Festival before being pulled from competition. Set amidst China’s Cultural Revolution, the reasons for the withdrawal were suspected to be politically-motivated, stemming from censorship on the part of the Chinese government.

Although One Second might be too sensitive a film to be released internationally, one hopes it will see light of day. As for Impasse, the success of Shadow and the international recognition afforded by Zhang’s reputation should guarantee it reaches American viewers eventually; if and when are the key phrases though, with film distribution still a crapshoot amidst the pandemic. With luck the new trailer for Impasse will drum up demand for more of Zhang’s signature style, as well as his distinctly-Chinese contribution to international film.

In the meantime, take a gander at some of the gorgeous posters released for Impasse, and hope that both it and Under the Light reach our screens sooner rather than later. 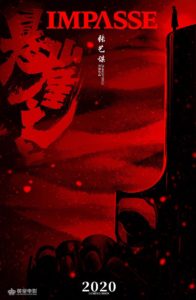 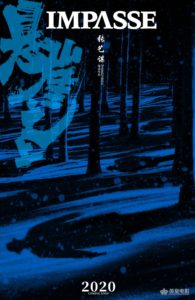