We sleep on The Crown way too much here. The show is one of the best on, mostly because of the striking performances from its constantly updating cast. There’s also that little fact that the British royal family is just fun to watch. The point being, it’s a damn good show and the upcoming season will play host to the damn good Gillian Anderson starring as Margaret Thatcher. Now we’ve got our first good look at her.

It’s striking how little it looks like Anderson but the makeup folks at The Crown have been knocking it out of the park since season once. It’ll be great to see Anderson and Olivia Colman as Queen Elizabeth II face off against each other in those awkward meetings in the palace. I don’t know much about how the two got along but given Thatcher’s controversial legacy it will be very interesting to see how the show handles her. It played Churchill as a great man despite his many faults so maybe it will smooth over Thatcher’s issues as well in Season 4.

We also get our first look at Emma Corrin as Princess Diana. The actress is a relative newcomer, especially for a show that is so packed with major stars. She definitely looks like the beloved Princess but who knows how her performance will land. At least she gets to wear some of the best 80s fashion there is.

Once season 4 of The Queen wraps filming the show is going on hiatus for a bit as the cast shifts once again. Imelda Staunton will bear the crown for the final two seasons of the series before the show wraps up.

Season 4 of the crown will premiere on November 14. 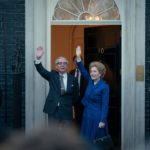 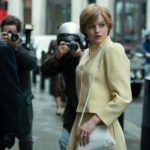 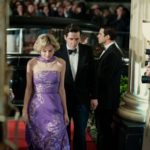 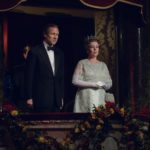 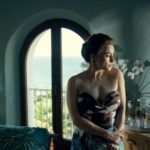