Radha’s having a rough day of it. She wakes up, after some hours of listless channel-surfing, to the local homeless man who coasts her neighborhood noisily relieving himself across the street. No more perturbed than usual, she rushes to work, where she teaches drama at the local high school to some rowdy kids. It’s not the glamor that she was promised as 30 Under 30 playwright, nearly ten years ago, but it pays the bills. So begins the slice-of-life cut out for us in The Forty-Year-Old Version.

The ambitious Sundance hit from star, writer, producer, and director Radha Blank is a film of tradition but interpreted by a powerful new storyteller of the cinema. If her lion’s share of credits weren’t clear enough, this is very much a singular vision for Blank, a born-and-bred New Yorker with an eye for the city’s pockets of life. And while Version might tread ground that we’ve seen before, and perhaps not land its snappy editing and dialogue all the time, this is a project of passion. And that’s something to applaud under any circumstances.

So, Radha’s in a slump. She hasn’t lit the dramatic world on fire for nearly a decade, and she’s hounded by her aggressively-hip producer Josh (Reed Birney), who’s just begging for her to lend her talents to any number of his miss-the-mark, racially-charged productions. A Harriett Tubman musical? Or maybe a white Harlemite’s take on gentrification? Radha sticks to her guns, never one to sell out, while her long-time agent/best friend Archie (Peter Kim) coaches her from the sidelines. In a creative fit, tired of the sham perceived in the dramatic scene, she takes to rapping. Lending her frustration and linguistics to hip-hop, she meets local musician D (Oswin Benjamin) and starts to explore her creativity as a rapper. Enter Rhadamus Prime. (It’s like “Optimus Prime.”)

The Forty-Year-Old Version is any number of stories, judging from that brief overview. It’s about an artist struggling with her craft; a Black woman looking to tell her story, rather than what others want her story to be. Radha struggles with the notion of growing “old” and not having quite “made it,” clinging to a past future that she may never have really had. But Version is no bummer.

Photographed in black-and-white, Blank’s Harlem vision is one of colorful characters and snappy exchanges, with a plethora of candid asides where characters are inserted into the film, documentarylike, to give their two cents. “When a single woman turns forty she’s like a fruit from the tree that falls to the ground,” a local deli clerk muses. Lovely! Blank injects her film with so many moments of abject humanity, with such a read-it-from-the-page tempo, it’s tough to not be won over just a little. Version, despite being over two hours (which initially sounded far too long for this kind of film), moves along at such a strong pace the run hardly feels laborious.

Although our peek into Radha’s days of indecision are full of little moments, they don’t always quite land. For as energetic as her performers are, sometimes the scenarios and their antics come off as a little too exaggerated. Granted, there are no bombastic setpieces or too many excessive tangents throughout Version‘s narrative. I just couldn’t help but feel I was, at times, watching a highly-theatrical performance. It’s a difficult thing for me to articulate, where Version toes the line between authenticity and staginess, but it was enough to take me out of moments.

On that micro level, I felt a bit of a detachment from Radha’s struggle. There were moments where, after a crushing defeat, Radha’s desperation is turned into a joke of the edit; one moment she’s choking out some hokey old producer who wants her “cool, streetwise Black take on a work” and the next she’s drowning her sorrows in some take-out barbecue, played for laughs. For its sincerity, I never felt a real sense of drama emanate from The Forty-Year-Old Version. Perhaps I’m misreading, and Version aims more for straight comedy, but I don’t think this to be the case. Blank’s got a vision for her characters and clearly wants to say something more than a few one-liners. 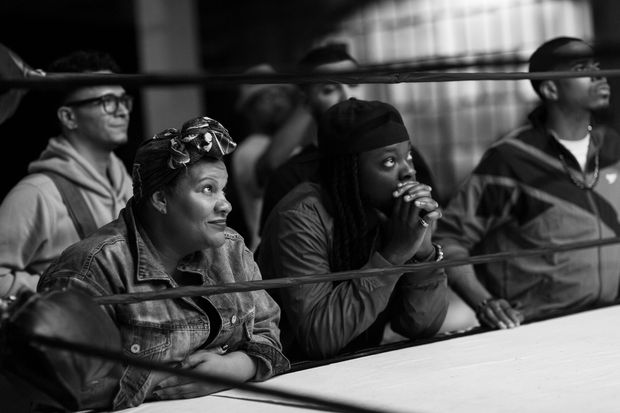 It’s slightly frustrating as well because I do think Blank is a filmmaker we’ll be watching more of in the near future. As her feature debut, Version has a lot riding on its shoulders. But as an entry into the “New York slice-of-life” genre, it ends up feeling a tad forgettable. Which is to say that I hope, for future projects, Blank continues to push for her vision. I’d just like to see her push her own field of view even further.

The Forty-Year-Old Version is more than a statement film or one made on a whim. Radha Blank’s stab at New York is one heartfelt and, though it does stretch its scenes into theatrical grandeur at times, authentic. I love to see others who love New York. Moreover, as a Black woman commanding this project, Radha Blank’s is a voice I want to hear. It’s a voice that we as audiences need to hear.

So while I don’t think The Forty-Year-Old Version quite does her talents justice, as a showcase for a blossoming filmmaker it announces Blank to the film-going world. Whether she’s 30, 40, or 50 years old, Radha Blank is one to watch. 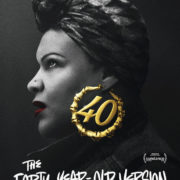 Yes, this could have been better, but it is still worth your time.
6.5

The Forty-Year-Old Version is a vibrant Harlem story, merging the tradition of Spike Lee or Noah Baumbach's respective odes to the city. It rings as too familiar at times, and doesn't always stick its landings, but welcomes a strong voice to the conversation in Radha Blank.

Wonka, a prequel to Charlie and the Chocolate Factory, is in the works