0
Time for a change

Sometime ten years ago (read: a few months) I reviewed Netflix’s Extraction, proclaiming it was a decent film and all we were really getting in terms of big, bombastic action that was enough. Since then we’ve had even fewer action films grace us as movies have been pushed further and further back due to COVID-19. So it was exciting that Netflix was dropping another movie in that genre with The Old Guard.

Well, it was exciting until I watched it. The Old Guard really puts to test the old saying that beggars can’t be choosers or that something is better than nothing. With a cool concept based on an intriguing comic book and an action star like Charlize Theron in the lead it should be so much more than it is. Instead, we get a movie that seems like it was made by the old guard of Hollywood, focused on checking boxes instead of entertaining.

The Old Guard’s concept is rife with intriguing ideas. There is a small group of four people of cannot die. Shoot them, behead them, whatever, they’ll just come back right in front of you, with their wounds completely healed. Eventually, however, their wounds stop healing. They’re not sure why or how long it will take but at some point they do die. Andy (Charlize Theron), the oldest of the immortals, leads this team, comprised of Booker (Matthias Schoenaerts), Joe (Marwan Kenzari), and Nicky (Luca Marinelli). The group fights evil throughout the centuries doing what they deem to be best for humanity.

However, things get shaken up when Nile (Kiki Lane), a marine in Afghanistan, gets her throat slit and lives, discovering she is the next immortal. The team scoops her up just as Copley (Chiwetel Ejiofor), an ex-CIA agent begins to hunt them down in order to capture them for the CEO of a pharmaceutical, Merrick (Harry Melling), company that wants to harvest their DNA to “save humanity.” That, of course, is a total lie. Merrick is a greedy man who wants to live forever and also sadistic.

And that is really where the film fails to hold together. The concept of these nigh-immortal people living among us is very cool and could be executed in a lot of interesting ways. The movie, however, deals mostly in tropes, which is OK if you’re trying to be big and dumb, but the film isn’t. Merrick is broadly evil in an almost campy way but the movie treats him seriously. Copley is the grey character for the film but his motivations feel forced. His character development never truly connects and often feels like its checking boxes: the student and teacher fight, the immortal couple stays together, the grumpy guy is grumpy about living forever.

The film spends extensive time on these characters but it can’t make them click on the whole because everything is too paste-by-numbers. The only true relationship is between Andy and Nile and even then it can feel forced at times. Theron and Lane bounce off each other wonderfully and when the characters aren’t being forced into expositional dialog they work well. It’s just that so much of the film is that dialog. It doesn’t help that the plot seems to hop from one moment to another instead of flowing as a cohesive whole. 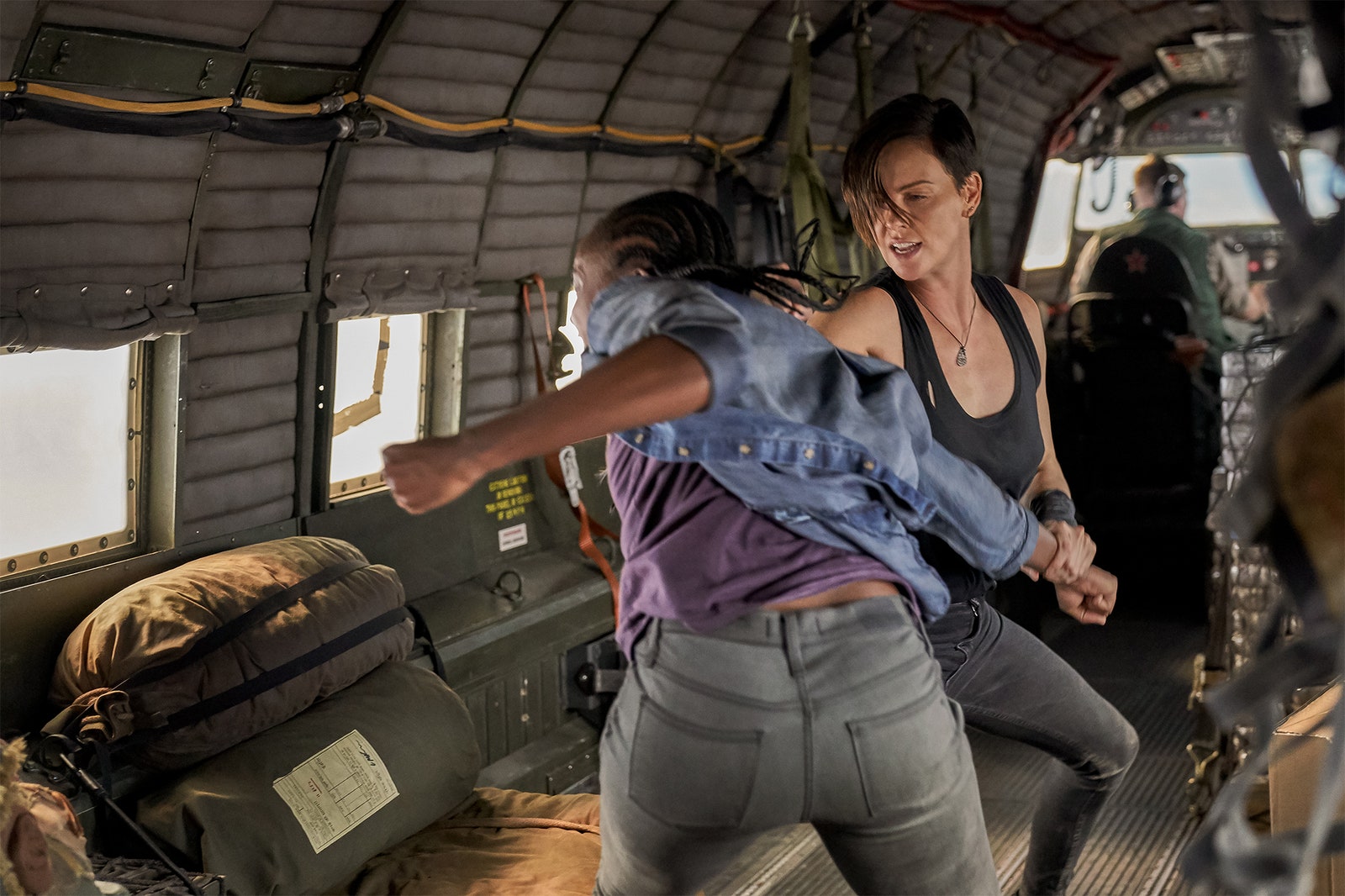 Director Gina Prince-Bythewood bravely takes her time with the film, setting up characters with long pauses between action sequences. But neither aspect ever feels good enough to hold up the entire film. Her action direction is strong, aided by Theron’s ability to pull off most of the fights herself. She knows where the camera should be, doesn’t cut much, and keeps things lit but its constantly accompanied by music tracks that make it feel like we’re in a low-budget TV show. The action set-pieces all feel small scale as if there is little weight to them.

The Old Guard wants to be a franchise about as desperately as Netflix’s 6 Underground does too. Much like that film, which wore its idiocy on its sleeve, The Old Guard often feels like it is setting up the future instead of playing in the present film. It ends on a moment that feels more like the conclusion to a TV pilot than a movie and is often distracted by its future possibilities. The Old Guard doesn’t hold together enough to make you want more of it and so its constant sequel bating stands out even more. Maybe it’s already time for a new guard to come in. 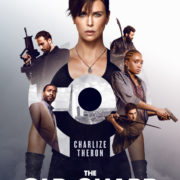 This movie is not worth your time. Sure, parts of it may work, but only parts.
4.8

The Old Guard cant deliver on its promise of both great action and interesting characters, instead feeling disconnected at best and cliche at worst. The concept is cool but the execution fails it.